AFGHAN COATS, PLATFORM SHOES AND THE SPIRIT OF OPTIMISM 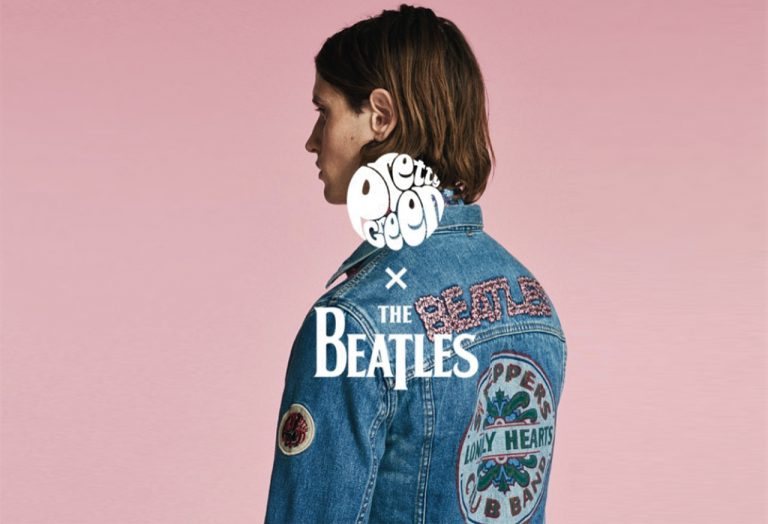 The smell. That’s what I remember most about my first Afghan coat. It was a sweet, pungent goaty smell that took my breath away every time I went near it. Yet I loved that coat. It was a yellow-orangey suede on the outside and a dirty-coloured fur inside, and reached down to my knees. And I thought I was the bee’s knees. My shoes were pretty cool too: two-toned blue and with big platform soles.  Believe it or not, my hair was curly and shoulder-length. Promise. Every penny of the money I earned working at Faded Glory – one of the best jeans boutiques in Nottingham – on Saturdays and the holidays, went on clothes.

Finding the right gear was important: a sort of hippy uniform that told everyone you were part the swinging Sixties. On one hand, wearing these mad concoctions was a declaration of defiance that set us apart from our stuffy parents. On the other, the clothes were cool, exotic.

So it’s with great fondness, if not a little nostalgia, that I see this revival for all things 60s wafting through everything from fashion to music to furniture design. Take a walk down Carnaby Street to see for yourself: at the Pretty Green store, they are collaborating with the Beatles to celebrate the 50th anniversary of Sgt. Pepper’s Lonely Hearts Club Band and the 1967 ‘Summer of Love.’

The Pretty Green Store is launching a new collection of clothes – here in the UK and in Japan – inspired by actual outfits that The Beatles wore, along with the music and artwork from Sgt. Pepper. The clothes include kaftans, Grandad Shirts and vintage style T-shirts but not, as far as I know, any smelly Afghan coats. They may be a step back in time too far as we have all become so conscious about avoiding real fur.

At Tiffany’s, they are holding an “All You Need Is Love’ campaign also inspired by the Beatles’ hit from the 60s while at Vans in Carnaby Street, they have launched an ‘off the wall concept’ looking back to the 60s and the freedom loving spirit of the time – take a look at our September blog for more detail.

Over in Kensington, the V&A has had to extend its hugely successful exhibition celebrating Pink Floyd: Their Mortal Remains, for a couple of weeks because the show is in such demand with ageing hippies who want to reminisce. Not to be outdone, the Design Museum has a new exhibition looking to California and 1960s counterculture.

In some ways, the 1960s have never gone away: the period of peace and love is a perpetual reference for retail and design culture but there’s definitely something more interesting going on which is shaping today’s revival. I have a couple of thoughts explaining this nostalgia among consumers, still suffering from a decade in which salaries have barely risen and who are now having to cope with inflation too.

If you look at the recent retail figures for August, they show that non-food sales are rising. At the same time, the latest numbers from Barclaycard show overall consumer spending is falling but that a bigger proportion is being spent on clothes and less on going out to cinemas and restaurants.

This suggests consumers are at last deciding to spend on themselves a little more yet in saving money by preparing and cooking their own food – and growing their own food more – and going out less. (Who ever would have thought that Jeremy Corbyn having an allotment could be spun into a vote-winner?)

The move towards bio-foods and more natural skincare products is part of this trend, one that has its origins in the 60s spirit of going back to nature. We have seen this with several skincare concepts being launched recently which are geared towards providing consumers with personalised and bespoke preparations. Elemis and Superfoods are two examples of brands that focus on natural skincare ranges while Geneu has gone one step further to work with customers’ own DNA to prepare tailor made lotions.

Just like the Sixties, we are also going through a period of intense innovation. Then there were two huge catalysts that revolutionised our lives – the pill and TV. The use of contraception powered a sexual liberation while TV brought a different liberation, both social and political. Looking back, the impact that broadcasters such as the BBC, and then the new independent channels, had on our social and political life was every bit as transformative as the internet is today with its Twitter and Instagram offspring.

It’s a paradox but this period of rapid technological change is also bringing about austerity and a growing awareness and love for the planet has left people being more careful with their clothes and their consumer goods and more cynical about the throw-away culture of the 1990s; another throwback to the 60s.

In the UK, we see more craft shops emerging while in the US there is the growth of new retail outlets such as Mending Shed and Quality Mending Co. The first is for customers to take for appliances the other is to the clothes for recycling. How long before we see similar outlets here?

I know from my own experience that I’m much more careful about looking after – and mending – high cost items such as lawn mowers and furniture. More pertinently, there is a sense of anger among consumers that manufactures make these big-ticket items – lawn mowers and washing machines – to last only a few years. Indeed, only a few years ago, most people would think nothing about replacing such items every few years. Not anymore. Now it’s time to get out the DIY gear and do your own thing, Sixties-style. Whatever happens, I will not be buying another Afghan coat. The memory is good enough.