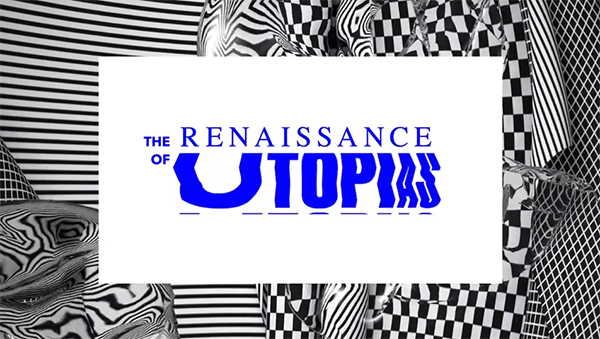 A short while ago, the Sheridan&Co strategy team were indulging in explorations of nostalgia. Revisiting the 90s with Pokémon Go and the relaunch of Nokia 3310 inspired fond memories within the team.

Yet, as strategists we are curious and relentlessly inquisitive. It is of course our job to understand consumer behaviour and wider societal attitudes. So nostalgia is having a big moment? So what?

Democracy is dying. According to Quartz, we have been on the path to democratic destruction since 2006. Year by year, we have become less democratic and now post Brexit, we have witness the death of modern liberalism as we know it.

With the proliferation of fake news and the rise of consumer distrust, consumers are nothing short of angry. With the promise of robots becoming more entrenched within home and day-to-day life, job stability is a growing concern. As such, consumers are plighted by fear.

Yet with every negative, we believe there is a counter positive. Let’s cast our minds back to the Design Museum’s ‘Fear and Love’ exhibit – two contrasting emotions that are reactions to an increasing complex world.

As consumers navigate turbulent times, it is human nature to seek an antidote to political, economic and emotional instability. Naturally, retreating to the past breeds familiarity. Whilst nostalgia provides consumer comfort, to move forward, we need to look to the future.

Sir Thomas More coined the term utopia in 1516 and last year we celebrated its 500th birthday. A utopia is an imagined place of perfection. All in society enjoy highly desirable lifestyles and have no problems.

Launched this year; Utopia for Realists: And How We Can Get There; written by Rutger Bregman makes the case for utopian thinking to translate into progress. Bregman makes the case that we are living in the Land of Plenty, an achieved utopia from aspirations of 18th century philosophers. We are healthier and wealthier than we have ever been before. In 2013, 6bn of the 7bn population in the world has a mobile phone. The first person to celebrate their 1000th birthday has been born.

Yet in reaching this peak utopia, we have stunted our growth. He puts forward the view that politically, all parties have moved so close together in the middle that we are now living in peak liberalism, reconfirming aforementioned argument of the death of democracy. He argues that simple desires beget simple utopias. Utopian thinking inspires progress and are the vehicle of unlocking the past.

With the promise of Margaret Attwood’s The Handmaid’s Tale (1985) becoming a Netflix series, we have been witnessing utopias as a wider-social trend. Next weekend we will see The Internet Age Media Weekend explore the Renaissance of Utopias.

As we move forward in the Alexa Era, and our lives become increasingly defined by reality glitches, post-language culture and technological transhumanism, questions surrounding relationships and intimacy will be at the forefront of consumer behaviour. Virtual reality and technology is redefining how humans behave and interact with each other. Stereotypes that once shaped society are no longer relevant. IAM2017 will explore a future that is post-human, post-labels and post-reality. We are moving towards post advertising and post liberalism.

The present is turbulent and the future is uncertain. Retail and brands need a tipping point to push forward into an innovative future. The answer is utopian thinking. It is the tool to inspire consumer optimisation and advancement. If brands can dream up new utopias that reflect their consumers’ hopes and dreams and resolve their fears, they are on the way to creating the future together.