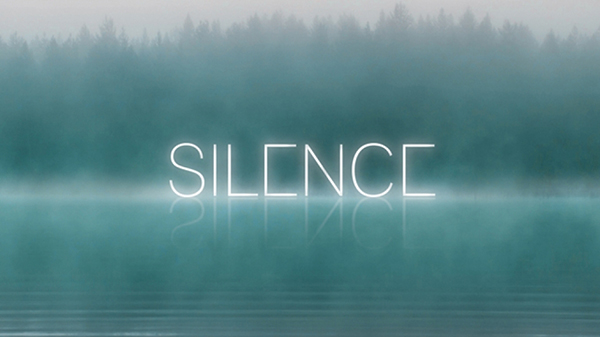 Silence has become highly sought after as a luxurious commodity. W Magazine reports ‘between “fake news” blaring through the television, Twitter notifications constantly interrupting us, and the combined noise of everyday life, it’s become a privilege to shut the f— up for a few minutes, or even a few days’. Lara Williams concurs in The Guardianthat ‘silent retreats, silent restaurants and even silent dating events are on the rise’. She continues ‘silence assumes a new meaning in an era in which we are consuming information and engaging in conversation with each other endlessly, without ever opening our mouths’.

As explained, in our New Age Luxury blogpost, Sheridan&Co attended a trend event hosted by Stylus. A key insight from the event demonstrated the consumer desire to hibernate and seek respite from turbulent times. This shift resonates with the trend for silence and has been translated into a visual direction.

This was poignant at Maison & Objet’s January show earlier this year that explored silence as a design theme.In a response to the loud and garrulous time humans live in, the show explored silence within the context of home. It is a place where people can restore their sense of calm and express serenity. Through the reduction of materials, geometric abstraction, transparency, halo effects, wireframe structures, ethereal hues, and an exploration of black and white, the formal rules of silence were established. The event invited guests to pause and enjoy the passing of time whilst taking in the scenography. 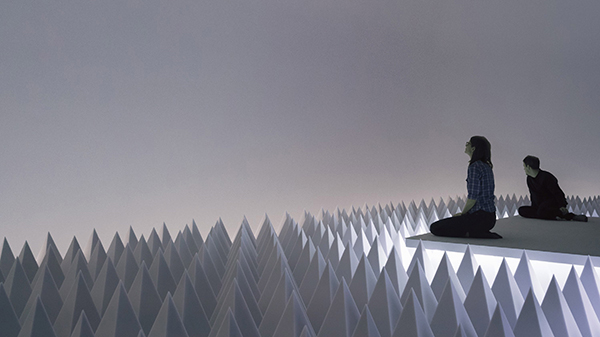 Interesting, the Guggenheim hosted a silent event in March 2017. Doug Wheeler hosted a no talking, no phones and no photo exhibition, PSAD Synthetic Desert III. In a self-built all-white room advertised as a ‘hermetic realm’, noise has been minimised, ‘inducing a sensate impression of infinite space’. Only five visitors were granted permission at a time and the experience was inspired to mimic the deserts of northern Arizona. The cost of a ticket was $25 and the overall experience lasted for 10 minutes.

Trading on the allure of silence, ramen restaurant Ichiran is designed for a silent eating experience. Set in Williamsburg New York, the ramen restaurant invites customers to sit in cubicle like ‘flavour concentration booths’ on their own and without their phones. Unable to make eye contact with waiters, customers order their food by pressing a button. The experience is entirely enjoyed without a spoken word, thus enabling Ichiran to earn the reputation for being New York’s anti-social restaurant.

The pressure of high impact lives defined by constantly multi-screening through large volumes of information and overwhelming negativity in the press has left consumers mentally and emotionally depleted. Contemplating silence in design thus acts as a vehicle for brands to emotively connect with consumers.